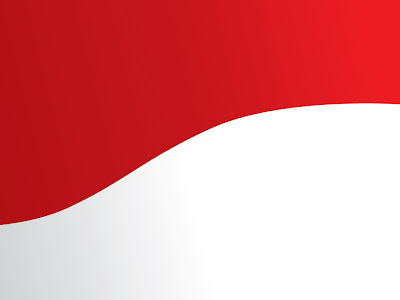 HONG KONG (November 29, 2012) – Real estate investor sentiment in the Asia Pacific property sector remains relatively positive, despite continuing global economic uncertainty, according to Emerging Trends in Real Estate® Asia Pacific 2013, a real estate forecast jointly published by the Urban Land Institute (ULI) and PricewaterhouseCoopers (PwC).
However, while steady economic growth, rising incomes, and stable or increasing property values are contributing to an overall sense of optimism, the outlook is tempered by concerns among investors that prime assets in key real estate markets in the Asia Pacific region are becoming overpriced.
As a result, the report finds that markets outside core cities are increasingly attractive for investment and development. This is reflected in Jakarta, Indonesia, being named the top choice for both investment and development prospects for 2013.
“With high rents, high capital values, low yields, and an abundance of local capital, many international investors are struggling to see attractive investment opportunities in Asia Pacific’s prime real estate markets,” commented ULI Trustee and ULI North Asia Vice Chairman Richard Price, Chief Executive, Asia Pacific for CBRE Global Investors. “As a result, investors are expanding their horizons as they seek compelling investment opportunities. Some are looking at frontier markets such as Indonesia, while others are revisiting often overlooked capitals such as Kuala Lumpur and Bangkok, which explains the strong showing for these locations in this year’s report. Secondary markets such as Kowloon in Hong Kong and second-tier Chinese cities are also experiencing increased interest from international buyers. At the same time, core investment markets in many mature, western cities are seeing a surge in demand from newly formed Asian Institutional Investors seeking to capitalize on the post-global financial crisis corrections there.”
“Investors’ interest in alternative asset classes is also shown in our report. The overall dearth of investible options across Asian markets has led some opportunity players to migrate towards more focused strategies in niche sectors, especially where these require an element of expertise that domestic players lack,” commented K.K. So, the Asia Pacific Real Estate Tax Leader at PwC Hong Kong. “These alternative asset classes provide not only a measure of protection against cheaper local money, but they also are relatively sheltered from economic volatility. The logistics sector was mentioned favorably by several interviewees, especially in Japan, where distribution infrastructure has been reorganized in the wake of last year’s earthquake, and also in China, where the requirements of domestic consumers, especially in the e-commerce arena, continue to outpace the capacity of local logistics networks that have traditionally been oriented towards meeting exporter demand.”
Top Investment Markets for 2013
Overall, respondents were more bullish on the prospects for individual cities, awarding higher scores than in the previous two years. The top five investment markets for 2013 are predicted to be:
Emerging Trends in Real Estate Asia Pacific 2013
Download the full article here